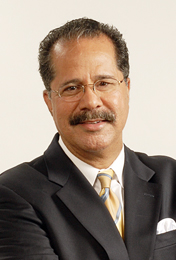 Daniel Suarez is a professional nurse with more than 30 years of experience in the nursing field. During his career, he has held several positions as a Clinician and Nurse Recruiter in several hospitals around New York City.

Currently, he is the Assoc. Director of Sales for the NY Region at Nurse.com, the premier magazine for nursing professionals.

Prior to joining Nurse.com, he was Assoc. Director of Nursing and Nurse Recruiter at Lincoln Hospital, North Central Bronx Hospital and New York Downtown Hospital. Besides having a successful professional career, he is also very involved in the Hispanic community to help students and young professionals to pursue a career in Nursing while giving back to their communities.

Mr. Suarez is the Immediate Past-President of the National Association of Hispanic Nurses and past president of the NY Chapter. He graduated from Stony Brook University with a BS in Nursing, and he also earned a Master degree from the Teachers College at Columbia University.